↓ Skip to Main Content
Home › Social Ills in Singapore › Why the CPF Issues in 2014?

First the PM sues a commoner Roy Ngerng, accusing him of defamation despite the latter willing to apologise and compensate a token sum, then the social worker lost his job and then the PM’s lawyer (probably the most expensive in the country) applied to the court to decide the damages without giving the accused a chance to defend and go through a full trial. All these hard-handed tactics have backfired and made the PM looked dumb especially when Roy Ngerng appealed to the public for funding (using the first ever modern crowd funding method for political defamation) and able to raise the required amount in a short four days. The PM’s credibility goes to the drain as a result.

The CPF issues refuses to go away, the above incident has awaken the whole nation about the dire states of the so-called retirement scheme which are largely inadequate for majority of the citizens. It also raised the questions of conspiracy theory about why the Government is withholding more of its citizens’ monies, It also forces the Government to retract several statements regarding if the CPF monies have been invested by GIC/TH. To sum it up, the Government has lost face and lost credibility.

“I hope it won’t mean yet more tinkering of a scheme that has been tweaked to death over the years. It makes you wonder if the CPF as a policy tool has become too easy for policymakers to use.” – Han Fook Kwang, Wanted: A new CPF vision

“According to a recent survey by Manulife, only one in 5 Singaporeans feel confident that their CPF savings will be sufficient for them to retire comfortably. ” – “CPF savings not enough“

“The government must convince the people that deferring the CPF withdrawal and converting lump sums into annuities are good for them. They can do so by making the annuities more attractive and improving the returns as proposed above.” – Eric Tan in “Why CPF is failing”

The Story of CPF in 15 Slides 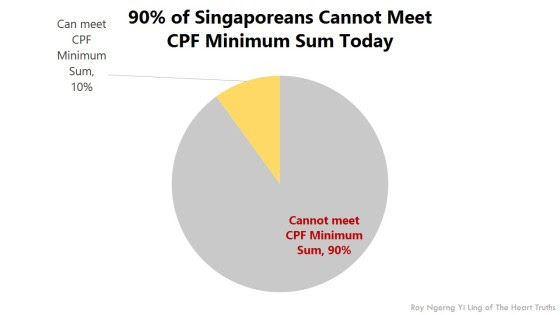 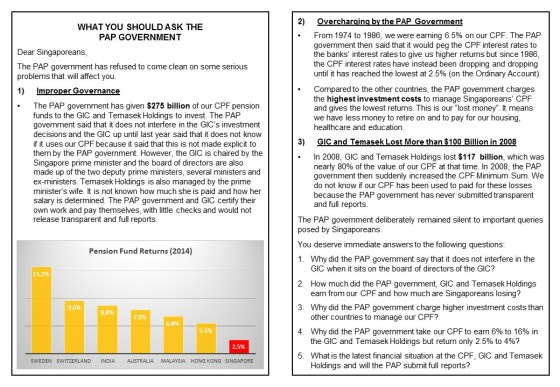