The politics behind (Singapore’s) development policies

Governance entered the political vocabulary only recently. Hitherto we spoke of good administration and good government.

Above all, it is the practice of good politics that drives urban governance, not just economics as most Singaporeans believe.In a densely-populated city state, you have to get the politics right before you embark on massive public sector projects. Politics underpinned the success of four major development projects: low-cost housing; industrial estates; mass rapid transit systems; and water and nature reserves.Take low-cost housing. Though the sterling work of our planners, architects and engineers of the Housing Board have changed the physical and cityscape of Singapore, the real unsung heroes of our vast low-cost housing estates are the folks from the Resettlement Department. 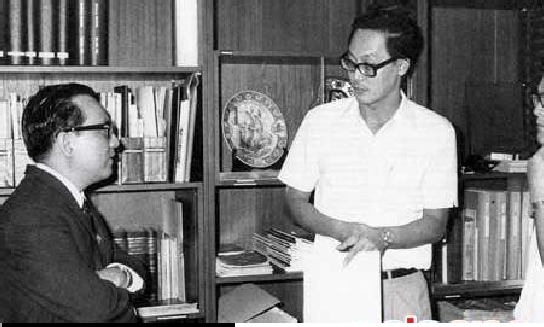 Our junior staff worked tirelessly on the ground taking a census of every farm,counting every fruit tree and surveying all the chicken coops and pig pens.

Ex-Gratia payment was paid to every squatter farming family. They were also given priority in the allocation of new Housing Board flats. They were helped by the Agri-Food and Veterinary Authority to grow orchids and rear ornamental fish as alternative occupations.In this painstaking way, the gut support given by the poor to the grassroots opposition Barisan Socialis Party was chipped away.

Through fair and transparent social policies, the People’s Action Party Government reclaimed the rural heartland and went on to win every general election since.It also helped when the leader of the opposition party led his MPs out of Parliament.The boycott was a fatal mistake which the Barisan Socialis never recovered from.Next, consider industrial estates. Jurong Industrial Estate was established to provide low-cost factory space for small and medium enterprises. The large tracts of land needed were acquired under the Land Acquisition Act.

The Act allowed the Government to acquire private land only for public purposes.

The Act required the Law Minister to satisfy himself that the proposed acquisition of a piece of private land is indeed for a public purpose such as an industrial estate, anew HDB town, expressways, schools and hospitals.The Ministry of National Development as the executing ministry submits its proposal to Cabinet for approval only after the Cabinet Secretary receives the concurrence of the Law Minister.As for the Mass Rapid Transit (MRT) system: as far as I recall, this is the only public sector project which was debated openly in public between two groups of civil servants.

There were no public consultations on the route network. Our transport planners simply joined the dots of HDB new towns to form the basic east-west, north-south network. Population centres were concentrated around HDB new towns. In this way,the MRT served most of the population who did not have cars.

In retrospect, serving HDB heartlanders first was driven more by politics than economics.
According to transport economists, a circular line which we are now completing would be more optimal. In a wheel-and-spoke configuration, there would be a constant flow of traffic through the day.The LTA then was so kiasu (Hokkien for afraid to lose) about unused train capacity during off-peak hours that it required the two MRT operators to cease some of their parallel bus services. Unwittingly, LTA enabled the two MRT operators to coalesce into a perfect duopoly.

With the new circle line in service, it may be time to test Dr Goh Keng Swee’s thesis that allowing a bus-based system can be a third viable transport option to serve afive million-strong population.Lastly, public policy issues on land, which touch on water and nature reserves.Singapore has been dismissed as a tiny speck of land on the horizon. Even with incremental land reclamation, we are unlikely to expand beyond our current size of about 710 sq km. At a very basic level, human habitation is possible only where there is water.

In the 1960s, we obtained the services of Professor Julius Cahen from Technion(Israel Institute of Technology) to advise us on industrial development. He was amazed that with 90 inches (2.29m) of rain a year, we faced the threat of water shortage. Having a very agile mind, he suggested that we negotiate with the Johor government to dam up the Strait of Johor at both ends to form a huge reservoir fed by rivers from Johor and Singapore.Some 50 years later, we built the Marina Barrage to serve as a reservoir to receive the abundance of tropical storm run-off. Though there was constant bickering between the PUB and the HDB over the use of land as water catchments and/or housing, we did not seriously consider alternative sources of water.

Desalination of sea water was too expensive. Desalinated water in the 1970s would have cost $4per cu m, about 10 times higher than treating natural rainfall.Former Malaysian premier Mahathir Mohamad’s threat to raise the price of raw water concentrated our minds as nothing else could. The PUB rushed to construct a whole network of drains and canals to trap water rushing down HDB rooftops. Before then,PUB had considered such a scheme impractical.As a result, the park connector scheme proposed by the National Parks Board 20years ago became a reality. By linking parks and nature reserves into a seamlesswhole, Singapore is being transformed from a garden city into a city set in a garden.

I hope my four examples will persuade you that it is not just economics. Good politics is in fact the bedrock of good urban governance. And good governance more than anything else makes a city a desirable address for your family, business or just life itself.
The writer is a former permanent secretary. This is an edited text of a lecture delivered on Tuesday to participants in the Leaders in Urban Governance Programme at the Centre for Liveable Cities.